Tucked away beside a hearth in one of Brick Lane’s many cafés sits a Swann. And no, it is not the bird kind. 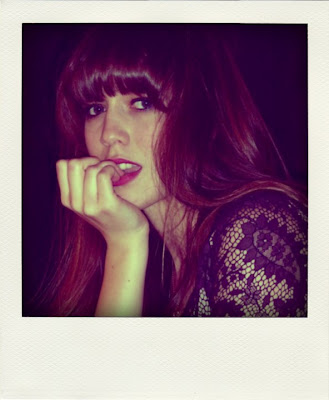 Chloé Lenique is a singer-songwriter from Paris, France, interning at Dazed & Confused magazine as part of her advertising degree. The name Swann, she explains, is a character from a Proust book, A la Recherche du Temps Perdu. “Swann is a man who loves art and who considers it is something that can convey much more than it seems to”. Apart from the little obstacle of the sex, Chloé does just that with her folk music, conveying emotions along with her tales of loneliness and love. 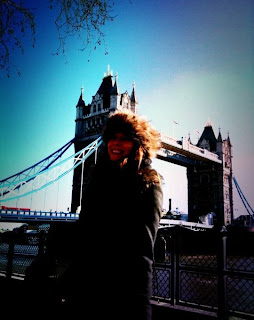 Paris has been her home since she was born and living in London for the past few months has had quite an impact on her. “London is much livelier than Paris. It has been a great experience. I’ve learnt to be more open-minded about everything and more confident as well. People here are more outgoing and less ‘classic’ than in Paris.” This classic look she speaks of sums her own style up perfectly. With chestnut brown hair and a blunt fringe, a black lace shift dress and little ankle boots, she is the epitome of Parisian Chic. She does however, “like the idea of making Parisian style less classical with a pair of Topshop shoes for instance”. She’s a fan of French designers and notes Claudie Pierlot’s retro looks as a point of style inspiration.

The twenty one year old and her younger brother “grew up to the sound of music”, as she aptly puts it. Her mother’s guitar playing inspired her to pick up the instrument herself and she recalls music being played during dinner and whilst in the car. “I can remember listening to my Mum’s records of Leonard Cohen and Neil Young when I was eleven and to my Dad’s records of the Rolling Stones and Lou Reed when we were in the car. It has always been very natural in our family and this taught me to be very open-minded about music”. This influence so young sparked a rebellious side to Chloé as she recalls her first record she bought was something to the effect of ‘Barbie Girl’ by Aqua. She laughs whilst trying to justify the purchase, but comes to the conclusion that there is no acceptable excuse for such bad taste in pop music. Of course, we’ve all had one of those embarrassing music store impulse buys that we danced around our bedroom to so we’ll let her away with that one. 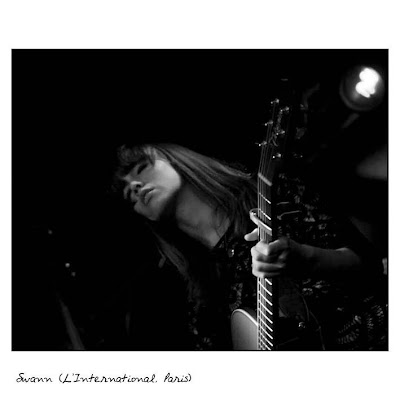 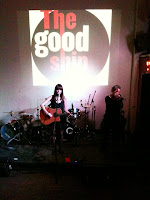 Playing live holds a big place in Chloé’s heart, and the emotive way she performs proves this. “Playing live for me is both a challenge and a painful moment. Not in a bad way, I mean, I need to feel my songs from the inside every time and be very concentrated, that’s why it’s painful. It’s a moment when I have to face fear and pain”. This pain and fear she recounts is not witnessed while she is on stage as it seems she is at home up there, with her guitar as a shield perhaps. On some of her London performances, Stephen Munson has accompanied her on stage with a harmonica, electric guitar and backing vocals, and this elevates her performances in bigger venues. But on songs such as ‘Lovely Girl’ and ‘Will I see you’, her folk influenced voice bellows out and captivates the room in an instant. Her favourite gig so far has been at The Old Blue Last, Shoreditch, but she also made a trip home albeit volcanic ash to play a gig at L’International which stands out for her also. 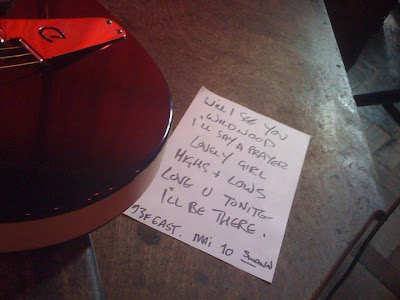 Inspiration for her heart felt songs depends on her mood. “Sometimes I feel like writing the lyrics first or sometimes the melody comes to be first. But the most important thing is that I always work on both at the same time so they’re coherent and one sticks to the other perfectly”. Her slow tempo songs are infused with ideas of loneliness and sadness, topics which often remain unanswered. “I write the words that come to my mind naturally. Most of the time, I won’t really know why I wrote it and it’s only a few days or months down the line when I understand”. Her demeanour is reminiscent of a young Francoise Hardy or Nico, the latter whom which she is a fan of along with the Velvet Underground. Some of her favourite haunts in London are flea markets and record shops where she recently picked up a copy of The Tallest Man on Earth’s latest record The Wild Hunt. Her eclectic music taste, she feels, is noted in her songs and that it’s a mix of all the music she loves. 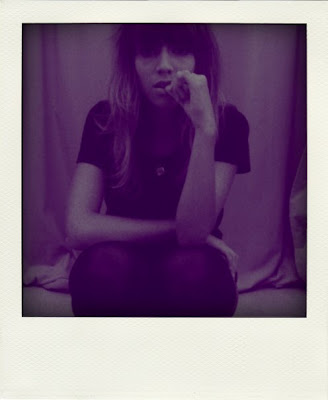 Chloé’s time in London is drawing to a close and soon it will be back to Paris to record another demo. She also hopes to tackle an album, one that will be flowered with more country and folk filled songs no doubt. Next time a swan glides gracefully down a river or lake, be sure and listen to the joyous delights of Swann. You will not be disappointed.