The Passion of Joan of Arc (Dazed & Confused May Issue) 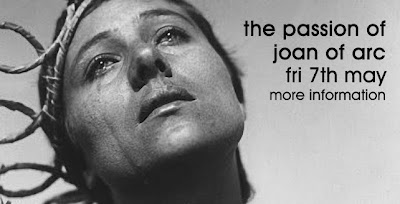 The Passion of Joan of Arc, a silent film directed by Carl Theodor Dreyer in 1928, is being musically reinvented by Adrian Utley of Portishead and Will Gregory of Goldfrapp. The two artists have previously collaborated on a few different projects and a film score was their next port of call. Adrian admits that “We want to bring our own kind of musical aesthetic to it but without forcing it onto the film”. This new venture will encourage them to take the inspirations from their respective bands and unite on this iconic film about the trials of Joan of Arc. Will is “just delighted to be able to get our hands on all those different sonic possibilities”. The new score will be performed at the screening by Utley and Gregory, along with the Monteverdi Choir under the conductor Charles Hazlewood and is sure to enlighten the audience with an original collective sound. Adrian closes with a promise to create something innovative for the film; “We’ve deliberately tried not to listen to any music that has previously been composed for it because we just really want it to be something that is totally original”. The film will be shown at the Colston Hall, Bristol, on Saturday 8th May.

Full interview with Adrian Utley of Portishead and Will Gregory of Goldfrapp. 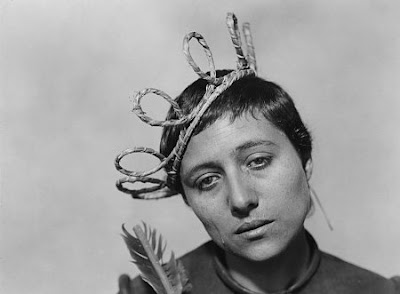 How did the project come about? Were you approached separately or together?

Adrian: Well Will and I had done things together before and we have this connection with Mark Cosgrove at the Watershed cinema, an independent cinema here in Bristol and he really started the ball rolling by showing us loads of films. Will and I wanted to collaborate on something and Will had already done a film score in fact you had done quite a lot hadn’t you Will?
Will: Yeah a lot of silent films.
Adrian: It went on from there really. And we decided we wanted to do one together and with Mark we watched a load of films and then decided on The Passion of Joan of Arc.

Was there any particular reason why you chose that film?

Will: Yeah I think that when you’re working to a silent film you’ve got to be careful. There’s a lot of films out there which are wonderful films but are very narrative driven, edit driven or plot driven in a way that makes writing music for them much more difficult. It puts you into a very much supporting role where the music is just serving the function of helping to tell the story which is fine. But if you’ve got a lot of edits or jump cuts a lot of change of plots or locations it’s actually quite hard to write a continuous piece of music that sort of adds up to something in it’s own right. Whereas this is one of the very few silent films where that is totally not the case. It’s very much these long slow moving, often very beautiful, close ups- yeah it’s got these close ups where the faces becomes sort of landscapes. It just means that you’ve got a tremendous amount of time to breathe with the film but also kind of go in your own musical direction in a way that’s not going to inhibit some of the musical directions that you might want to go in.
Adrian: Which was what were very keen to do, fairly strong ideas about kind of what we wanted to do musically or at least we can start to think about doing or experimenting with. And you know like Will said because of that narrative thing it’s actually really hard to find any films where you can do that, it’s incredibly difficult. And also ones that haven’t been really done many times before. I guess a lot of people are approaching silent films in the same way, there are people that are absolutely amazing at writing music or improvising to silent films in the old way but we just desperately didn’t want to do that. We want to bring our own musical aesthetic to it but without forcing it onto a film. And this seemed like it really would fit you know. 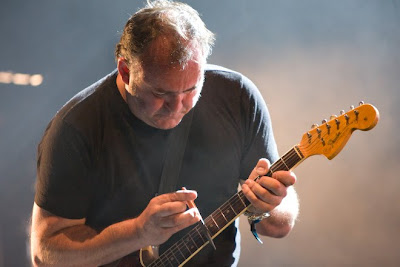 How do you plan on separating your work with Portishead/Goldfrapp from the score in order to create a unique sound for the film?

Adrian: From my point of view, my work that I do with Portishead is within that world. And sometimes it’s incredible, we have so many rules about what we will and what we won’t do within our music writing that there’s a whole world of music that I really want to explore that I couldn’t possibly explore with Portishead if you know what I mean so it’s a very good chance for me to explore those things with somebody like Will who I’ve worked with for many years and really enjoyed that other side of my life.

Will: Also I think that collaborations are very much about the chemistry between the people involved, and I think that you know obviously Adrian collaborates with Jeff and Beth and that I one set of kind of outcomes and you know I collaborate with Alison and that’s another but I think the mere fact that we’re collaborating with each other mean it will again be something automatically different. It is going to be very different what will come out of that just because of the two different heads.

Did you study the film and the original score, or try to steer clear of previous scores eg Cat Power?

Adrian: We chose to ignore it really. I’ve never heard the Cat Power one I don’t know if you have Will. I’ve heard the orchestral/choral score that was done for it, and you know that’s completely brilliant in its way is fantastic but its completely nowhere near what we want and it’s not really going to influence what we do. It’s really important not to listen to those things, I prefer to just take it as a piece of film and start from there

How much does it differ from the original score itself?

Adrian: We’re in the process of writing it at the moment, we’ve just started now.
Will: We haven’t even written it yet which is all rather previous, we’re slightly, eh we’re just trying to work it out basically!
Adrian: That’s what I was saying about it, being a chance to do this thing I don’t/usually do. I’ve been working with electric guitars like a mass, I’ve just did a piece where I’ve picked the electric guitar not long ago so for me this is a voyage of discovery in that world and um for Will also I guess. But Will you’ve been working with Choirs haven’t you for a bit?
Will: Well I think that was it really, we decided the parameters that we wanted to, because obviously we’ve talked about things we’ve really wanted to do over the years and so we decided that we wanted guitars, we wanted a choir. I think there’s a very strong religious subtext to the film where it’s sort of 3D printed onto the screen. But I think for that reason a choir would be kind of appropriate sound world but obviously how would you explore that and use that. I think we’re just delighted to be honest to be able to get our hands on all those different sonic possibilities. What is fantastic about working with Charles Hazlewood the conductor is that he’ll hopefully be able keep it going while we’re dealing with the fact that we’ve got to play a part on guitars or synths or whatever it is that he’ll be there sort of keeping everyone together and cueing all the things happen in the right places so that will be taking weight off our shoulders.
Adrian: Exactly he’ll take total responsibility for that
Will: Ye see he’s so good it won’t go wrong! So that’s good thinking. 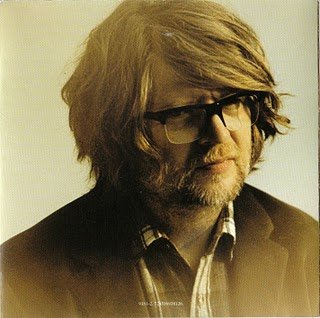 And will you be be performing it on the night live?

Adrian: Yeah it’s going to be in the Colston Hall in Bristol which is cool and we’re quite keen to do it in places that generally aren’t cinemas so we’re looking at various venues for it to live on a bit longer and do some more performances, possibly in different spaces other than cinemas. So you know it would be great to do it in a church for instance cause it has, well the music we’re writing will suit and certainly the subject matter will suit well for being in a church.
Will: It’s a totally new score. And I think we’ve deliberately tried not to listen to any music that has previously been composed for it because I think we just really want it to be something that is totally original for this film. The great thing about film is that it’s a kind of thread which can draw a lot of different elements together and so we’re going to be able to go a lot of different places in the music. And the film actually is quite linear in the way that it looks which means that the more variety that you can bring to it in the music the better it’s going to be. So really it’s a great platform for music I think this film in a kind of unique way.

What kind of research have you done in terms of the film, have you read the transcripts from the trials or anything like that?

Adrian: Well we have got the transcripts of the trials that were actually published which might in some way kind fit in with hat we’re doing. But I think doing something like this gives you an opportunity to learn more about what was happening in the world at that time and it’s really interesting from that point of view, it’s a sort of lesson about history if you like. Although we’ll just be working to the film, just learning about what happened to Joan of Arc and what was happening at that time in history has probably formed our opinion of the film as well.

Will: Yeah I mean I think film buffs generally are very in love with silent film because it’s such a pure expression and it’s also right at the beginning of the birth of cinema so in a way there were no rules and Dreyer had that wonderful freedom that you find with any kind of new genre to kind of go wherever it wanted to go. And this in particular stands out amongst so many of the others as being influential, kind of has relevance beyond it’s own period and I think in that way, in fact I’ve heard people say that they think it is one of the greatest films ever made.

Adrian: I’ve heard that too, and we were saying that the influence it’s had on film Sergio Gianni, like you look at the close ups of Joan of Arc, that’s got to be really powerful. Like those huge close ups in Once Upon a Time in the West or A Fistful of Dollars or whatever. Or Clint Eastwood ye know all of his face on the screen and Dreyer who directed Joan of Arc had that vision all that time back that which is amazing. Which also makes it a spectacle in a really big space with the giant faces on the screen.
Will: And that’s all they have to express themselves with um, apart from the odd bit of subtitle. So it means that the film has to work in a very pure sort of way to tell the story literally with people’s facial expressions. 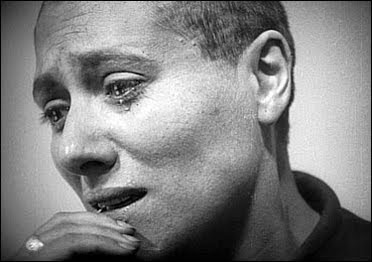