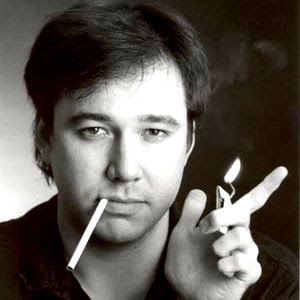 Bill Hicks was a true visionary in the world of comedy who highlighted the corrupt politicians and commented on the US' major hiccups in both an intellectual and humorous manner. His abrupt jokes and harsh beliefs paved way for a new generation of thought provoking comedy, but his status has yet to be overthrown.

"Fifteen years after his death, Bill Hicks is now more popular than ever, and is widely regarded as one of the best comedians of the modern era. However, in America, where he challenged institutions and accepted ways of thinking, he suffered censorship and was never truly recognised. In the country which enshrines freedom of speech in its constitution, his story is truly about what it means to be an American. American: The Bill Hicks Story blends interviews and historical footage with a stunning new animation technique – manipulating 1,000s of photographs to uniquely immerse the audiences in Hicks’ world."