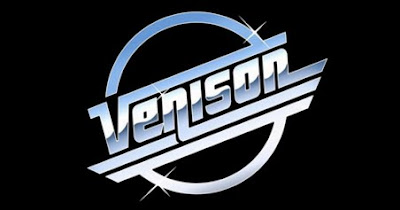 The Strokes have been at the forefront of the music scene for the last decade, storming into the limelight with their debut album 'Is this it?' in 2001 and unleashing a guitar sound that was unheard of before. Five New York rich kids were behind this innovative sound that after a week of release, had everyone around the globe trading their skate shoes in for converse.

The band had not played together since October 2006 and have a few festival dates lined up, with Julian Casablancas, the lead singer, set to perform in between those dates with his own solo album, Phrazes for the Young. Their first port of call was set to be the Isle of White festival this weekend followed by a set on Sunday in Rockness, Scotland, but a photo posted on their Twitter caused speculation of a London warm up gig. Under the name Venison, tickets went on sale for £10 for a gig on Wednesday 9th June in Dingwalls, Camden,with no more than a 500 capacity which is reminiscent of their earlier choice of venue.

And so the adventure began. Record label connections, journalist bosses and Irish charm weren't enough to get me into the gig. We knew we were in the right place when we saw Ryan Jarman from the Cribs enjoying a pint in the courtyard as we stood at the barrier, along with a couple of hundred other hopefuls. The tickets had sold out in less than two minutes with the rest of the tickets going to guest list and industry people only. After a word with a barman and an attempt of trying to give out to two kids selling their tickets for £300, we got a tip off that the band would be entering the venue from the high street. We sauntered around the corner to suss out the area and saw a few other fans had the same idea. A rent-a-car pulled up, and all of a sudden, five beautiful men started walking towards us. Albert Hammond Junior with his usual slacks and suit jacket, Fab and Nicoli briskly brushing past with gear, Nick donning an orange tiger jacket over an oversized tank, and Julian in a tattered studded leather jacket, white high tops, sunglasses and a green hair extension flapping in the wind. I started walking toward him before my body could comprehend what was happening and a handshake and a quick 'How's it going man' set me up for life. 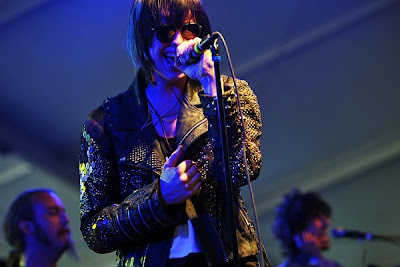 Adrenaline pumping, we knew we had to get in somehow. From the pub upstairs, there was another back staircase leading to the intimate venue. The security guard turned his back for one second and I knew it was now or never. Putting my high jump skills to the test, the red velvet rope was the only thing in my way and as soon as I had cleared that I knew I had to run. The drones of New York City Cops was the soundtrack to my break-in, and just top be sure, I bolted for the front in order to blend in. Those security guards, they aint too smart. 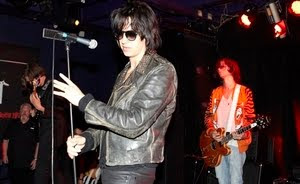 The crowd were going insane. Old favourites such as 'The Modern Age', 'Hard to Explain', 'What Ever Happened?', and 'Reptilia' sent us into a frenzy. All Julian could muster was a reiteration that this was their first gig in four years which added to the hysteria. The band gelled as if they had never stopped touring and their on stage chemistry was at its peak. Roadies came onto the stage to protect the pedals and amps from the dripping ceiling, and the band sweat with the rest of us. The crowd shouted up requests, with 'Juicebox' being the over riding song to which Julian replied 'Oh I don't think you're ready for that yet'. A note perfect Red Light calmed the crowd, and they ended the main set with a raging rendition of Last Nite.

The packed venue consisting of fans and celebrities alike such as Chris Martin, Zane Lowe and Edith Bowmen, screamed VENISON in unison as they returned to the soaked stage and leaped straight into 'Under Control' and '12.51'. Albert lit up a cigarette as he jammed with his white guitar. An apt choice for an encore, Take it or Leave It rounded up the experience excellently.

To meet your heroes is one thing, but to see them live in a tiny venue playing all their hits was another. Words can only describe the elation, but the memories are locked away for me to enjoy every time a Strokes song comes on my ipod.

You Only Live Once.

New York City Cops
The Modern Age
Hard to Explain
Reptilia
What Ever Happened?
You Only Live Once
Soma
Vision Of Division
I Cant Win
Is This It
Someday
Red Light
Last Nite

Under Control
12:51
Juicebox
Heart in a Cage
Take It or Leave It

Watch a video of Last Nite here on Pitchfork.
Posted by Hells Bells at 1:57 PM