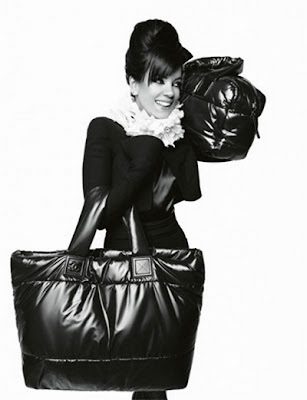 On the back of her recent Brit award for Best Female Artist, which she accepted whilst wearing an orange afro wig, Lily Allen has revealed that she is quitting music for the foreseeable future (two years is quite seeable but we’ll let her away with that one) in order to pursue the different pathways life has to offer.

As face of the Spring/Summer ‘10 Chanel campaign, Lily joined a long list of singers and actresses who have gone before her in the hop from one business to the other, such as Emma Watson for Burberry, Chloe Sevingy for Chloe and indeed her own collection for Opening Ceremony. But what better way to hone your love for shopping by turning that talent into a business venture. Lily will channel the creative juices that were once used for gold-chained melodies to a more down to earth job, such as running a shop.

The boutique Lucy in Disguise which will be co-run with her sister, will offer customers items which they can hire rather than splurge on. She insists her ideals are politically flavoured, stating that “It’s about making fashion democratic”. Surely it’s not just a way to keep the money flowing whilst her music career is on hiatus and a way of finding use for her abundance of designer gear that has be thrown at her in recent years. “It’s about getting really nice clothes but letting people rent them for affordable prices so they can go out and feel like a million dollars and it won’t cost them a million dollars.” Let’s hope it won’t end up looking like the costume shop where that dreadful luminous wig was found.